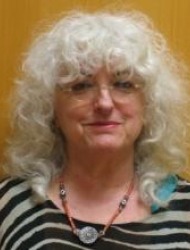 Taught over 40 years at the Hebrew University, at the Hebrew Literature Department's section for Aggadah and Folk Literature. Her research interests include: Poetics, folk literature, ethnography, everyday life and gender in Rabbinic literature; theory of folklore and folk literature; the proverb genre; folk culture, folklore and multi-culturality in Israel; the Wandering/Eternal Jew figure in the culture of Europe and beyond. She has published many books and numerous articles in these areas.

She has been the incumbent of the Max and Margarethe Grunwald Chair for Folklore and the academic head of the Jewish and Comparative Folklore program; the academic director of Misgav Yerushalayim CCenter for Sephardi and Oriental Jewish Heritage; Head of the Mandel Institute of Jewish Studies; active in numerous Faculty of Humanities and Hebrew University committees. Co-founder of the Jerusalem Studies in Jewish Folklore and the annual Inter-university Folklore Conference series.

She has held the position of President of the International Society of Folk Narrative Research; continues to hold editorial board member positions in international journals for Jewish Studies and Folklore and Folk Literature and serve as reviewer and evaluator for numerous international journals and for search and promotion committees at leading institutions.

Professor Hasan-Rokem has supervised over thirty doctoral dissertations at the Hebrew University and some at other institutions. She is active in a number of NGOs promoting equality, justice and peace, and has been among the founding editorial board members of the Palestine Israel Journal. She has published original Hebrew poetry and translates poetry from Swedish and Finnish into Hebrew.